Home  /  Ayurveda Wisdom  /  What Is Ayurveda All About: Ayurveda Meaning & Vital Concepts

Ayurveda is believed to be at least 5,000 years old. The Ayurveda meaning is rather simple. It is a Sanskrit word that translates to “science of life”. It’s not just about using herbs as medicines, but an entire way of life focused on preventing disease rather than curing it. Many consider it the oldest intricate system of holistic health.

The origin of Ayurveda can be found in the Vedas. But the most popular text on Ayurveda is the Charaka Samhita. What is Ayurvedic medicine based on, many wonder. Well, its foundation lies in the various principles and philosophies described in the ancient texts.

Now that we know the Ayurveda meaning, let’s move on to some essential concepts in Ayurveda.

The Ayurveda meaning is most often associated with the three doshas or body humours. All three of these doshas make us up, but the dosha in excess dominates us. Many also have a second dominant dosha. And some even suffer from aggravation of all three.

Agni is Sanskrit for fire. It is responsible for important functions such as digestion, metabolism, transformation, strength, and intelligence. Agni’s role in digestion is vital. Since Ayurveda deems indigestion a root cause of many illnesses, maintaining a strong agni is crucial for health. 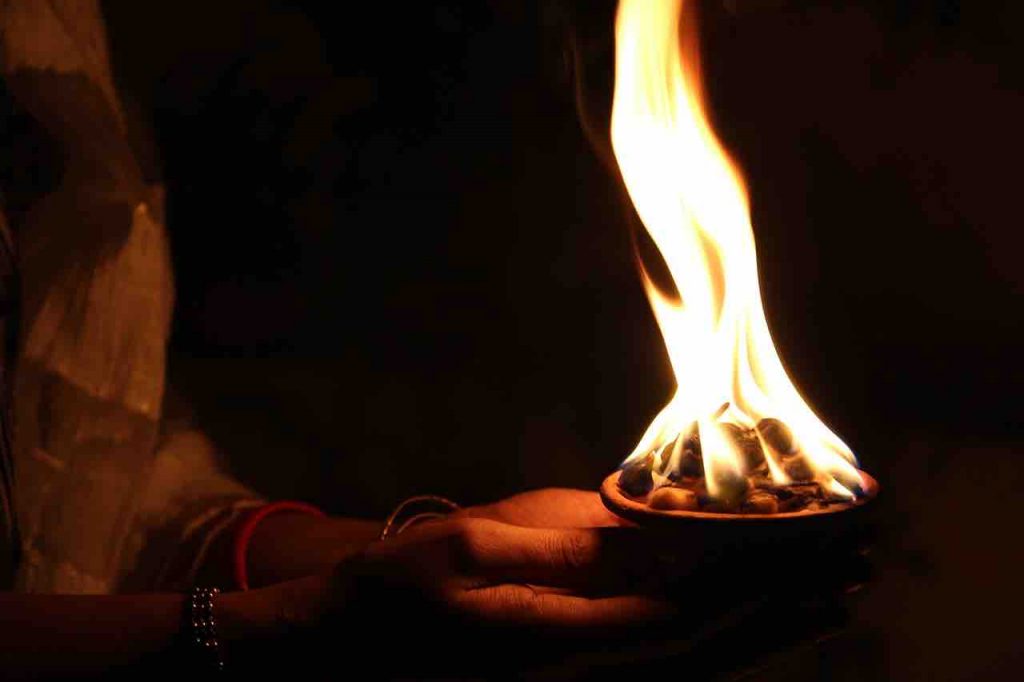 When we digest food with the help of agni, the seven tissues (sapta dhatus) of the body receive nourishment in a specific order. As each dhatu forms, ojas gets released. Ojas is the opposite of ama (toxins) and is the most refined essence of the body.

This entire process takes 30 days. The final product of all these steps is supreme ojas, which the body stores in the heart, and it vitalises the whole being.

What is Ayurvedic medicine important for? It helps increase as well as preserve our Prana. Prana is the life that runs through us, also called Chi in Traditional Chinese Medicine. It flows in us like electricity. A state of high and harmonious Prana brings a life of health as well as joy. Low and highly disturbed Prana brings sickness and death.

Sattva, Rajas, and Tamas are the essential qualities that make up everything in and around us. Like the doshas, all three exist in a combination within us. However, one dominates.

The Aim Of Ayurveda

Now can you guess, what is Ayurvedic medicine aimed at?

Ayurvedic remedies and lifestyle aim to maintain balance in all of the elements we described above, as nature intends it to be. The focus is on living in accordance with one’s dosha and in tune with nature.

So the next time someone asks you what is Ayurveda, you can share with them all these facts about the remarkable phenomenon we call human life!